Adam was startled to find that the owner of the ship that would take him to Glassbolt was also named Pigglewiggle. And yes, he was related to Dylan.

“She was my grandmother! I met her ghost several times.” Michel said when Adam finally asked, Pigglewiggle wasn’t a very common name. “That’s why it’s me taking you. The agency wants to keep this hush hush for now, so the fewer that know about Glassbolt the better.”

“That’s fine. They’re just trying to avoid worrying most people about a group of sims stranded. There’s not a lot we can do for them, but folks will want more done. And it’s really got to be these other sims that help themselves.”

“And I’m there to help them help themselves.” Adam said with a sigh. The flight took only twenty-five days. But that was twenty-five days of limbo to Adam. All he could do was reread all the papers and reports. He had several strategies planned for what they needed to concentrate on first. Education, the economy, and medical care seemed to be the most pressing needs. But plan all he might, until he actually was there it was all just theory.

“Stop fretting, you’re wear yourself out before you even get there.” Michel said upon finding him up to his ears in papers again. “No one expect you to work miracles at first.”

Adam wasn’t sure he agreed, wasn’t the reason he was there because they expected miracles from him? Or at least wonders. But at Michel’s insistence he put down the papers. The two played chess and, to Adam’s surprise, Michel was quite a good player. He was also, like Adam an excellent chef and they took turns trying to outdo the other in the kitchen.

The two men were quite similar despite the twenty year age gap and Adam valued the older man’s experience.

“What should I do?” They were nearing their destination, estimated arrival was now less than twenty-four hours away.

“Looking for advice?” Michel said with a grin. “You worry too much. It’s gonna be a shock at first. You’ll be so busy just trying to figure out what everyone there already knows, that you won’t be able to work on those fancy plans of yours. Not at first. Then, before you know it, you’ll be a part of the society and find out you’ve already done your work.”

“That sounds too easy.” 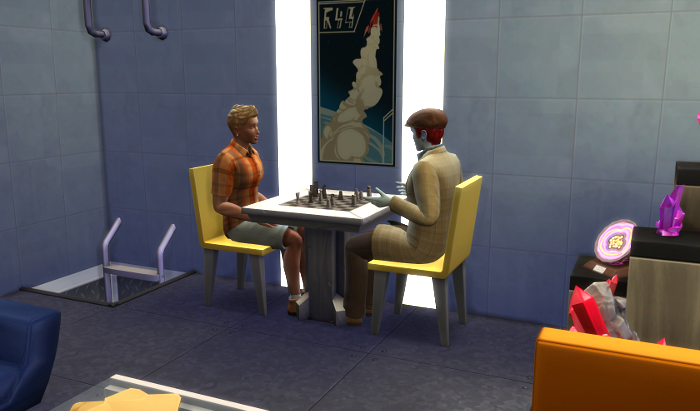 “It won’t be, I’m sure. I’ve looked over grandma’s reports. Glassbolt is not a gentle planet. Those colonists were unlucky to crash there.”

“It was habitable.” Adam had thought they’d been very lucky to land there. There weren’t that many planets capable of supporting life. Well, mathematically speaking, there were lots, but the chances of crashing on one? The universe was a big place.

“That almost makes it worse.” Michel shook his head. “Anyway. You want me to give your family anything? Tell them you’re okay?

Adam had already written them letters which he handed over to Michel. Michel had explained that even though their journey had been twenty-five days, two and a half years had passed back home. And by the time Michel made the journey back, it would have been five years since he’d left. He understood the time dilation, but it felt weird to know Eve was now older than him.

The landing was smooth, a slow burn. But as they settled, Adam realized that the pressure from the descent was not letting up. He felt glued to the chair.

“Wow.” Michel said, not bothering to get up as Adam struggled to his feet. He leaned forward to flick on the outside monitor. “Looks like you have a welcome committee.”

Adam looked at the two assembled outdoors. They looked normal enough, but there was something about the picture, the color that seemed off. Luckily he hadn’t packed much because his bag was twice as heavy on Glassbolt. Despite being in shape, both visitors were out of shape by the time they exited the ship.

It hadn’t been the monitor. The light here on Glassbolt was oddly filtered. It made everything more x than he was used to. It made it feel even more alien. 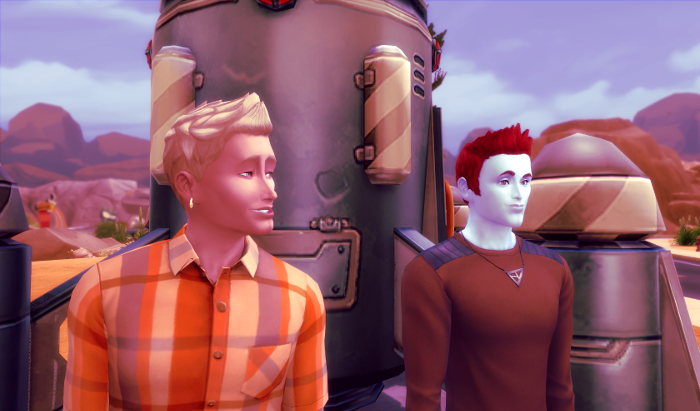 “That’s me.” The man broke into a large smile.

“Good, good. Welcome to Glassbolt, I am Abraham Main. And this is our chief ecologist Lacie McLaughlin. She wanted to meet with your captain about some supplies.

“We were told you’d be returning from time to time?” The woman interrupted the introductions, turning to Michel.

“I’ll be back in five years. That’s the fastest I can return. But after that it’ll be less frequent.”

“That’s fine. I have a list of items I am hoping you can bring with you to help further the terraforming.”

“No, but I know it.” Michel invited her into the ship to talk, leaving Adam alone with Abraham.

Adam looked over the man, was he in charge? The man was also studying him as well.

“Come to my house,” he said suddenly. “You’re probably tired of standing. We’re told the gravity here is quite extreme compared to what you’re used to.”

“Did you meet Dylan?”

“The one who found us? No, but my dad did. He used to tell us kids all about meeting her.”

Adam was grateful the house was not far away. It was all he could do to follow each step, he had no time to take in the views of his new planet. At last there was a door and then a chair. Adam collapsed onto it gratefully feeling himself sink into the cushions. He never wanted to move again.

“We weren’t sure when to expect you,” Abraham was saying. Adam forced himself to listen. This was important. “So we don’t have your place ready quite yet. But you can stay here until they finish.” 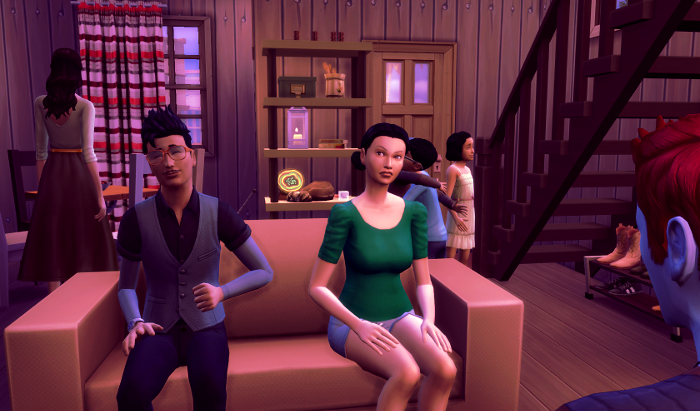 Adam looked around. The house was not what he’d been expecting. Despite the man’s apparently leadership, his house was small and cramped, filled with his family of which there were a lot. It was noisy. Where would he stay?

“Thank you,” He managed to say.

“Haha, the walk took it out of you huh? No worries, just rest there. You’ll feel better in no time.”

Adam doubted the man had any evidence to back up that statement. What if he never adjusted and was this exhausted all the time? It had been such a brief walk. He watched the kids running around the room, envious of their carefree movements.

He opened his eyes to find another pair of eyes staring at him. One of the kids. They were now all around him. Staring. He smiled.

“No, it’s the same as yours, only a different color.”

“Idiot, he got caught in the rain, obviously.”

“I’m not an idiot. Anyway that doesn’t lighten your skin.

“No, it wasn’t that. My mom was the same color. So I inherited it from her.”

Blank stares looked back at him.

Dinner was grilled fish. There were no vegetables or anything else to detract from the charred fish flavor. It wasn’t terrible, but it was overcooked and flavorless. Everyone else seemed quite pleased with the meal. Luckily Adam wasn’t all that hungry.

He napped on the couch, but the gravity, unfamiliar flavor of the fish, and the odd smells woke him before anyone else. What an odd place he’d come to. He mulled over the family’s conversations over dinner and before. He’d felt like a stranger half the time not understanding what they were even talking about. There was so much more he needed to learn. Stuff that wasn’t in Dylan’s reports. 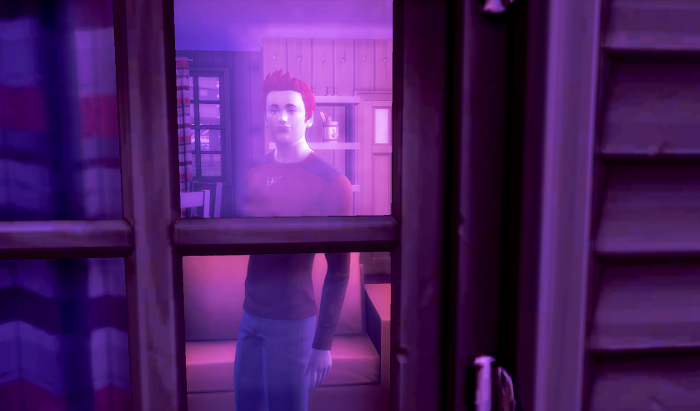 He watched the sun rise and heard the family starting to wake behind him. Well he’d arrived.