“Are you ready?” Arturo asked. Chana could see he was dying to give her his present. She had a fairly good idea what it was all about and was tempted to take her time, washing the dishes after breakfast, but they’d had to wait long enough and she was itching to see what he’d done as well.

Last night they’d all arrived home just as evening was falling. Sammy had pretty much pushed her inside the house. He wanted to bake her a cake, but wasn’t sure how and wanted her help. Arty and Bella had disappeared for twenty minutes or so. Bella had come back with her eyes shining, just as Sammy put the cake in the oven. 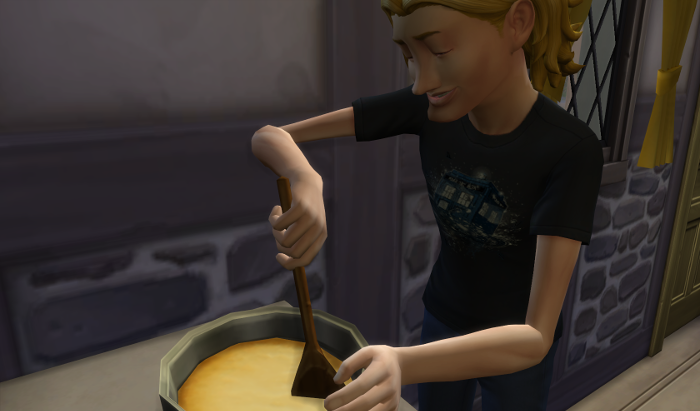 “Bella, have you finished your homework?” Arturo asked. “Why don’t you get your mom to help.”

It had been transparent, but rather than push at their flimsy attempts to keep her inside, she just sat back and relaxed and let it happen. She helped Bella with the last of her homework and when the oven bell rang, Sammy was back inside. He pulled the cake from the oven and Chana blew out the candles, joining her husband’s life stage.

“Close your eyes, then,” Arturo said as she stood up. She complied and he led her out the door. The day was really perfect the sun warmed her face. It had been hard not to leave to tend to her garden this morning when she woke up. Instead she’d forced herself to make pancakes for everyone. Arturo led her slowly towards her garden. She trusted him, but it was hard not to feel like she was about to trip over the camping chairs or stumble on a rock. It was good that he walked her so slowly.

Already the air smelled different and not just because they’d been inland for three days and the ocean breeze was back. But freshly tilled soil and fragrant flowers hung in the hair. He paused and Chana heard the click of a metal latch. Then he pulled her forward, tiny stones crunched underfoot. Wasn’t this where the monkey bars used to be? At last he stopped. She opened her eyes.

Her tiny garden had been transformed.

“Oh Arty,” she breathed. She’d know he made her a garden, but this was astounding. “It’s perfect.” She threw her arms around him and kissed his deeply. Then she looked around for the watering can and got to work. This large of a garden would need a lot more tending.

Arthur’s note: This one is short and sweet, just like Chana. I blame cats, but really, I could have worked on it before now – I was just lazy. I had a lot of fun trying to actually create a proper garden for Chana and not make it seem like it was only the few plants available to garden. I don’t landscape much though so it was a challenge. This garden is very loosely based on a home garden map I found online and promptly lost when I was done. (Also this is done in my attempt not to have a huge legacy home too soon. So anything that costs a lot of money without adding to the house-size is perfect).