It was dark. So dark I couldn’t see the hand in front of my face. Actually, I wasn’t even sure I had a hand since I couldn’t feel anything. My whole body was numb. I tried to rub my hands together, but felt nothing. Did my hands even touch? I didn’t panic though. I couldn’t panic. Numbness enveloped me. I waited. 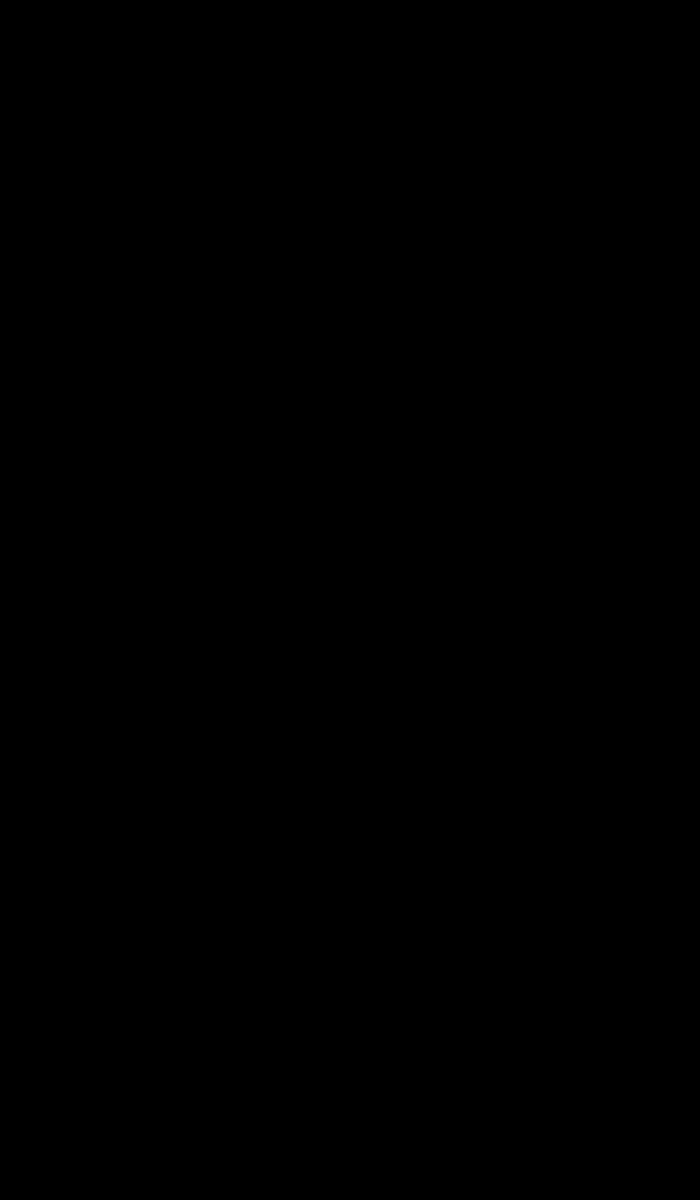 Eventually, hours or years later, I saw a light flicker in the distance. Black light. That was odd. The black was brighter than the darkness that surrounded me. Nothingness surrounded me. I waited for the blackness to come closer. I saw that the light emanated from a figure. It stopped in front of me, but I was too numb to be afraid. I look down at where I thought my hands would be, but saw nothing. The light didn’t reach me. 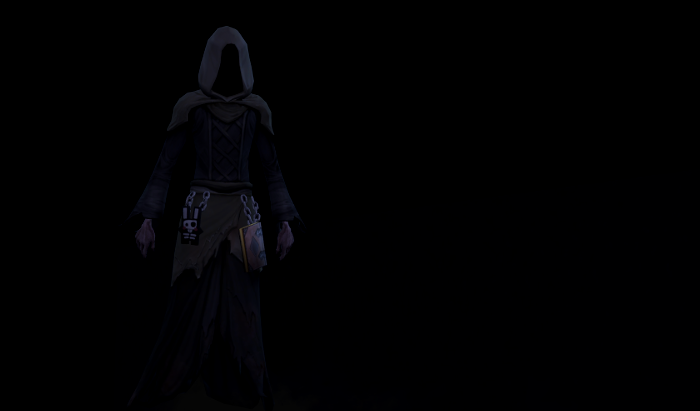 , the figure said. Except no sound penetrated the nothingness around us. Still I knew it was talking to me. I strained to clearly, but no matter how hard I tried, no matter that I could see robe and hood perfectly, I couldn’t see into the hood.

Then, there was a flash of black so bright it blinded me. I tried to cover my eyes, but I had no hands and so the light filled me, all of me, until l would have screamed if I had a voice. It lasted seconds. It lasted centuries. And then, as sudden as it had begun, it was gone. The figure was gone. I was alone again in the dark. But I thought it might be just a little less dark.

I reached out to where the figure had stood and froze, I could see. And I had hands again. I held them both up. 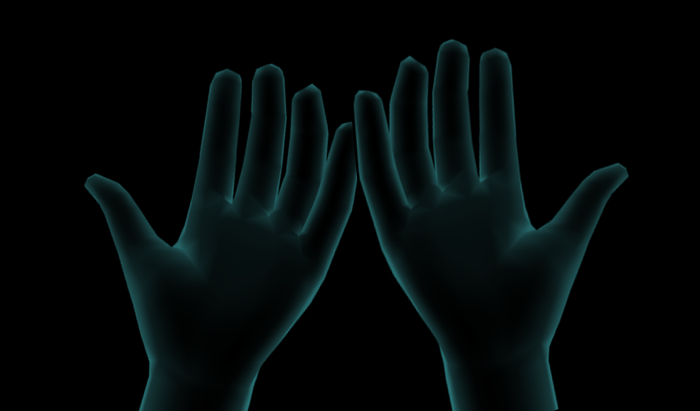 They were blue. I could see straight through them. I looked down at my body. It was the same. 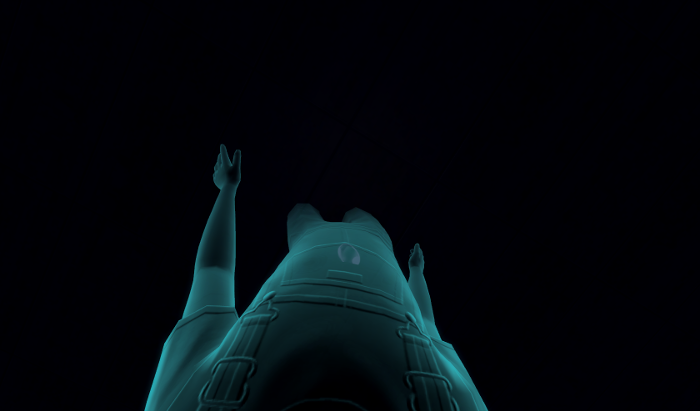 Was this normal? I wasn’t sure. It was possible that I had always looked this way. Except for the longest time, back in the nothingness, I hadn’t looked like anything at all. I thought perhaps this was new. Curious I looked around. It seemed…less black to my left so I started walking. I walked for a long time before anything changed. Then without warning, an image flickered around me.

And then vanished again. It was fuzzy and confusing. Like someone opened a door and slammed it shut before I could understand what I saw. I stopped walking, but the image didn’t return. I took a step back wondering if it would reappear if I was in the exact same location. Nothing.

I waited but nothing changed. The darkness still enveloped me. Eventually I decided to keep walking. There really wasn’t any other choice except not to move at all. Eventually, another image came to me.

This one stayed a just moment longer before disappearing. It felt warm though I had no idea why or what it had shown me.

The more I walked the more images came to me and the longer they stayed and the clearer they got. Places, people, events. Each image more clear than the last. After hundreds of pictures I realized I was watching someone. 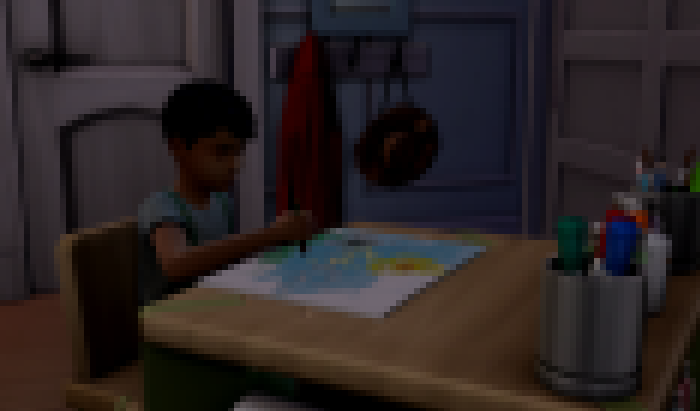 It was always the same boy in all the pictures. Who was this person? Where was he? Why was I watching him? I didn’t have answers, but I was grateful. He was someone to keep me company as I walked.

There were sounds too. Murmurs at first, echoing around me. Distant, but louder with every step I took. They didn’t come from any direction, the sound, like the images were all around me. By now the pictures often came so quickly they seemed to move before my eyes.

“James!” The boy I was watching froze as the woman’s voice drifted up from the bottom of the stairs. He dropped the toy he’d been playing with in surprise. “Are you in bed?” 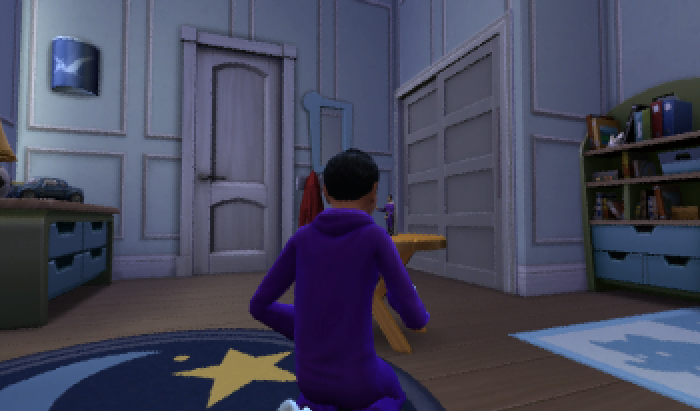 “Getting into bed now,” he called back, but he didn’t move for several minutes. When he did move, instead of heading to bed, the boy picked up his toy and waved it around, playing some sort of game.

“Purple Mask!” the boy said softly, growling in mock anger. “I’ll give you to the count of ten before I come in there. Ten! – ”

“James? Don’t make me come up there.” The woman called again.

“I’m almost in bed,” the boy shouted back. Again, he didn’t move towards the bed but continued playing, whispering to himself until once again the woman spoke. She started counting in warning.

“-Five –” she called out and the boy jumped. “-Four.” I could hear footsteps on the stairs. The boy and I both knew she was coming to his room. “-Three-” More footsteps, down the hallway getting closer. The closet door rattled and the boy’s attention shifted from the footsteps to his closet.

He was terrified, unable to move from the floor. Eyes glued to the closet. It rattled and smoked with every footstep coming down the hall.

“-Two, One, Ze-”  Smoke billowed from a crack in the closet door with a low hiss and a deep growl. That proved too much for the boy and in an instant he was off the floor, on his feet, and diving for his bed. When his mother opened the door, he was peaking out from under the covers. The closet door was still.

“Goodnight sweetheart,” she said as she swept in and kissed him on the forehead.

“Goodnight, Mom,” the boy whispered back.

The scene faded from my consciousness and I was again left in the darkness.  It wasn’t quite so dark now, more grey than black. I keep walking forward, eager for the next scene to come. Eager to see what was going to happen to the boy, James, next.