It’s my last night here and I’m surprised I’m feeling so nostalgic. Don’t get me wrong most of the time, this apartment has been absolutely hell. Between the drywall, paint fumes, mice, roaches, and dripping water, I’ve wanted to tear my hair out more times than I can count. But you know it’s been my first place and I’ve had a lot of good memories here as well. 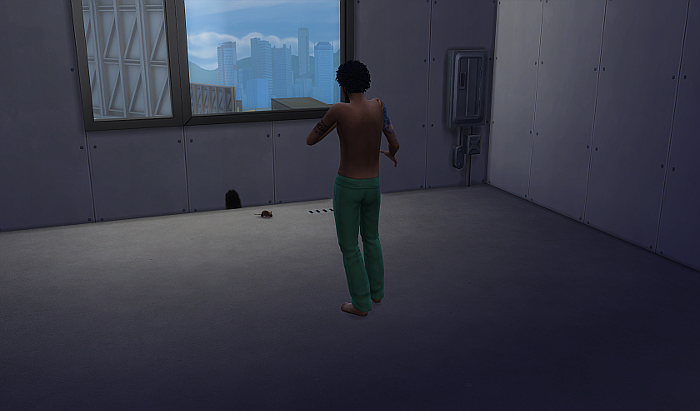 I could see the square from where I lived and although I never got to know my closest neighbors well, I did meet a lot of folks from the nearby apartments. We were all drawn by the square and it’s promise of company among the crowds. Most of the people I met were like me, transplants from other towns and countries, drawn here by the power of the city. We had that much in common. And it was a friendly place, no sooner would you sit down, then someone would join you and keep you company. 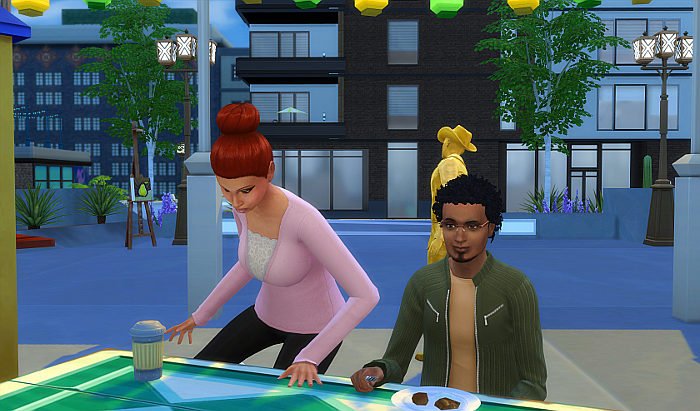 I met aspiring dancers, artists, politicians, comedians, musicians, someone from almost every walk of life. And we’d chat and get to know each other. Perhaps only for a few moments or an afternoon. But some have become good friends over these past months. Elena is one such friend she always laughed at my jokes, although I think she didn’t quite understand them all the time. But she has always been eager to practice her simlish on me. 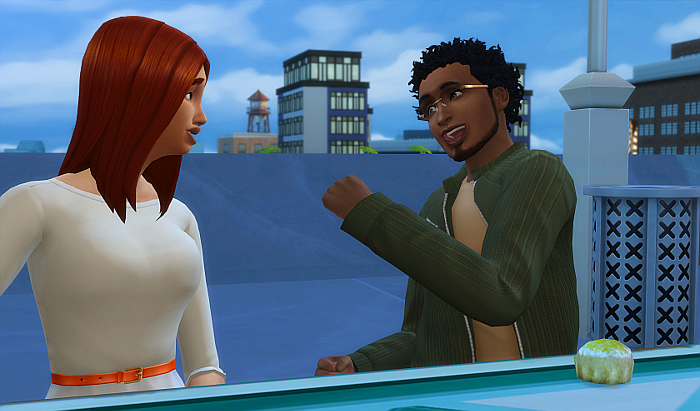 Elena worked retail at a large department store, but she wanted to get into fashion. She’d show me her sketches over pastries and coffee in the afternoon. I have to confess, I know fashion even less than Elena knows simlish, but she is a regular at the square. I had to promise her I’d still visit when I told her I was leaving.

Early on, life was tough. I work the night shift at Loren’s place and so don’t get home until the sun is beginning to rise. Back then my place was barely habitable. I had next to no furniture, just what others were willing to part with for free, and I was quickly coming to realize the place was even less of a great deal as I’d suspected when I first moved in. There were cockroaches for one thing. Nasty enough. 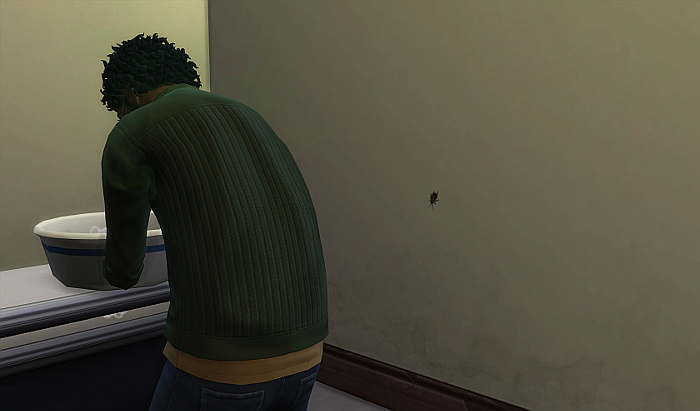 But what really got me were the mice. It was like they knew they owned the place and they were bolder than any scaredy-cat cockroach. I named the one in my bedroom Timothy, the one in the kitchen was Louise. And you can tell me whatever you want to but I will insist that those two were the ONLY mice in my place. To contemplate more of them existing in my apartment would have had me sobbing and cowering in the shower. 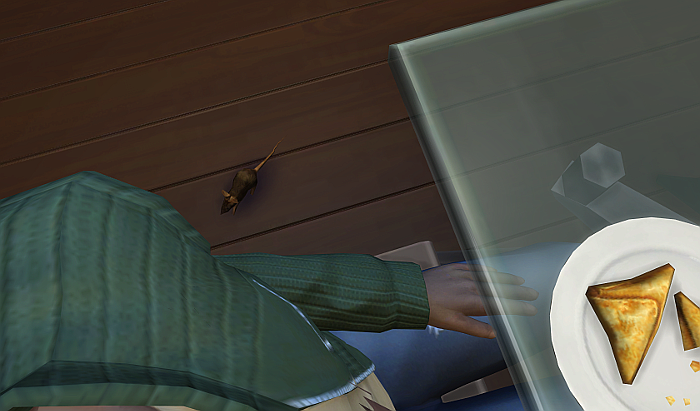 But I worked hard both at work to work as many hours as Loren would let me, and then before work, I’d work on repairing the apartment and fixing it up. As I promised the landlord. I used my few simoleons to buy paint and furniture. The flea market was a life-saver and I bought a lot of furniture from people moving on and moving up. I guess starting tomorrow, that will be me. Moving up. Ha! I kind of feel like that means I’ve made it!

I couldn’t do everything, though. I’m handy, but even late night calls to my dad couldn’t walk me through when the wiring or plumbing went. For that, I relied on the building’s maintenance lady. I had to call her enough times this past year that at times I was afraid she’d complain to the landlord about me or something. But Saya was nice enough and she repaired everything from leaky pipes to busted fuses. Anytime I was in over my head I learned I could rely on her. 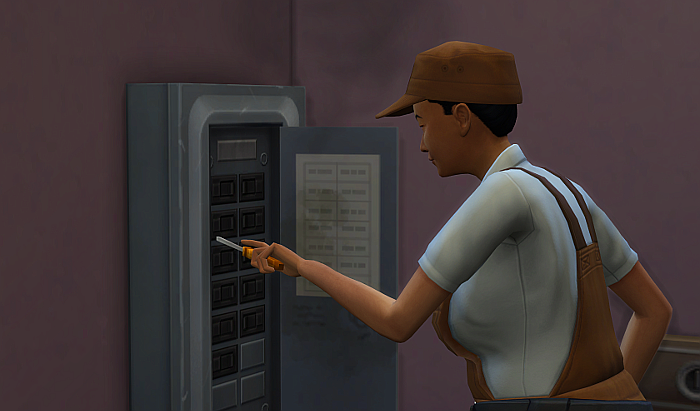 Her simlish was worse than Elena’s though, so beyond her name and that she was in Apartment 1 and married, I never learned much about her despite spending more time with her some months than I spent with my coworkers it seemed. I never even managed to learn where she was from. When I asked, she’d just shake her head and repeat that she was married.

Once though, I had to leave for work while she was still repairing my place and when I returned at 2 am, I found she’d made me a grilled cheese sandwich for me. I was exhausted and starving and I swear, if she’d been in the house then, I’d have kissed her. 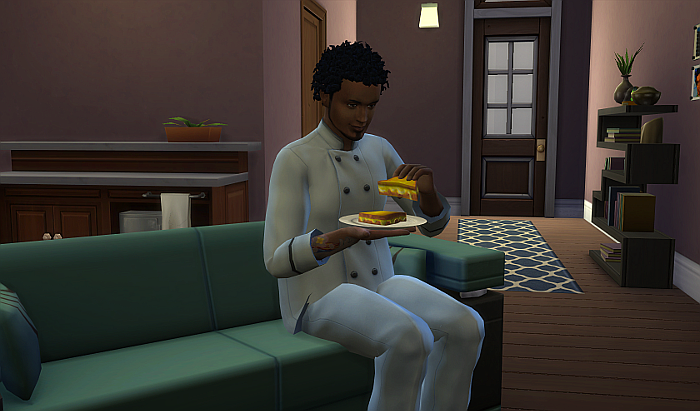 You’d think now that I’ve finally gotten my place looking less like a box and more like a livable place, I’d be eager to stay, and the rent really can’t be beat. But a new coat of paint, fresh walls, and furniture can’t quite disguise how rundown this building is. Tonight is the last night I may have to drag my bed away from the wall as Timothy the mouse decides to run circles under my bed. Or whatever he likes to do at six in the morning. I have my suspiciouns but I’d rather not have them confirmed to find a horde of baby mice one morning. 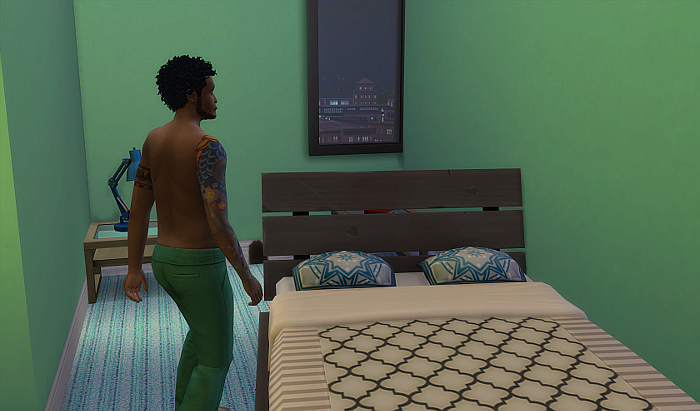 I made the decision to move last week and so yesterday, on my day off, I had a farewell dinner party. I invited my sisters and a couple friends over for dinner. The party went fairly well and my tofu tacos were a hit. My sisters seemed to get along with Raz as well which might have been the other reason I invited them. Okay, I’ll admit it was a big part of why I’d invited them. Dad too. 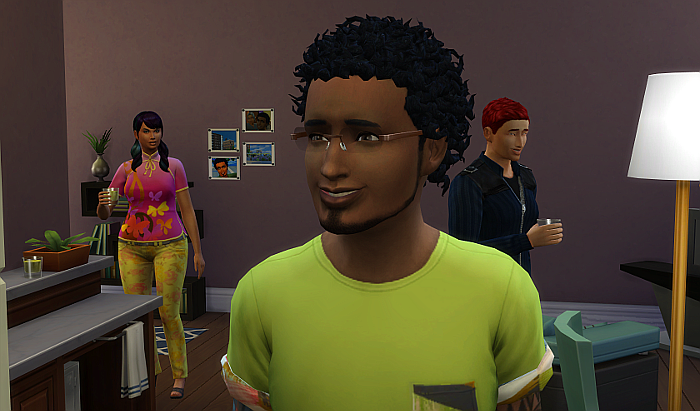 See, Raz is going to be my roommate. Despite my complaining, it’s not really the bugs and mice that have me packing. This place isn’t big enough for two of us and Raz and I have become a bit of an item. Serious enough that I’d like to see where it leads. 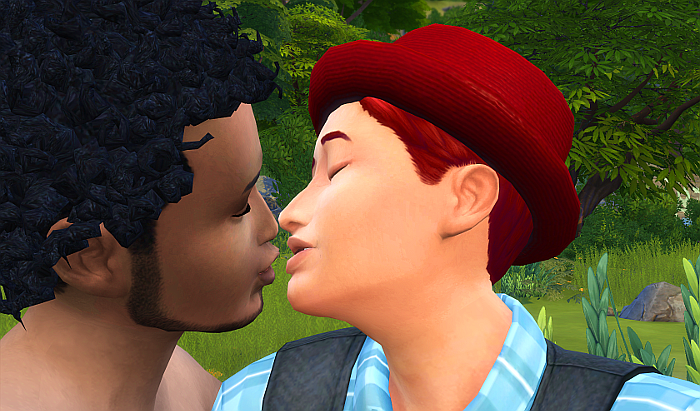 And then last week, Raz found this cute little apartment over in the Spice market. It should be big enough for both of us. It’s also really cheap, which is great because I’m still not making a lot of money over at Loren’s and Raz is trying to make it as a writer. We can’t afford to be too picky yet.

Thanks for reading. I was starting to get worried after the first chapter that I wouldn’t be able to continue this. A lot of small random events happened, but nothing really seemed to tie it all together into a story. Then late Friday night, I realized I could write backwards and have Phoenix tell us all about his past year all at once. It’s taken us about 2 weeks in game to get here and I’m not sure I’ll be able to get the other three apartments done in time. Phoenix is 10 days from adult so we need to have the heir soon.

Although having more hands to help us make money will be nice and that may help us speed up our building. For story sake, I wanted to find a partner for Phoenix here and have that be the impetus for moving on up. So Raz hasn’t moved in yet. It also took us several false starts to find someone that Phoenix really clicked with.

Moving foward, we have about §20 in the bank right now before we sell the furniture, so we’ve not got anything saved up really to give us a head start on the next apartment. We sold one painting in the Arts district that Salma (Phoneix’s mom) painted for 700 but it felt too much like cheating so we didn’t sell any more paintings. As far as I can tell we could only sell paintings by family members.

I’ll put the apartment up on the gallery once I create a no-cc version (walls will be removed where the doors are so it can be shared as a single “room.” 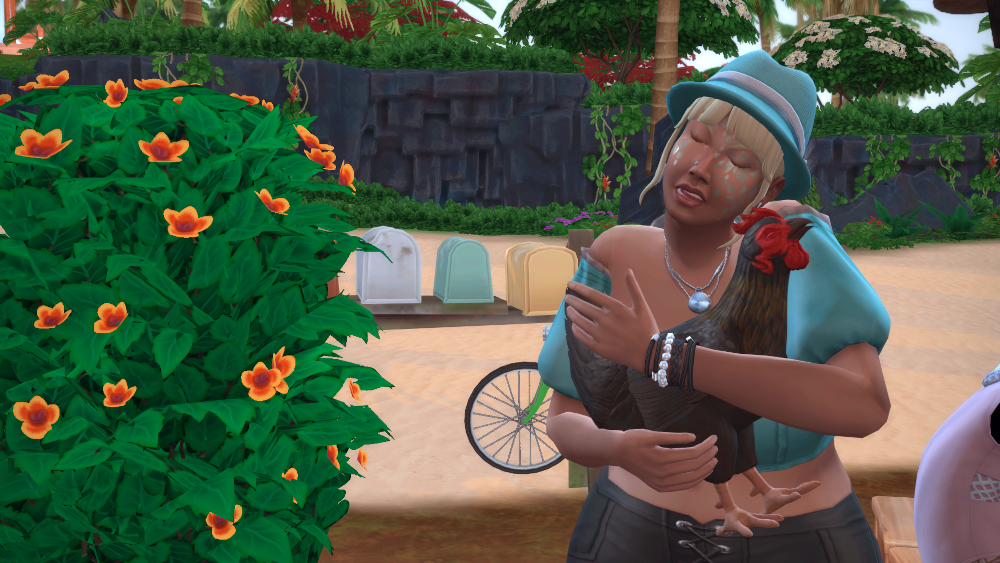