Rez and I moved in Saturday morning. It didn’t take long since neither of us had much. I couldn’t afford to move more than a few boxes some furniture. The rest I sold so we’d have the cash to afford the down payment. Why do apartments need an entire month’s rent upfront? I can afford the rent, no problem, but my savings is disastrously low. 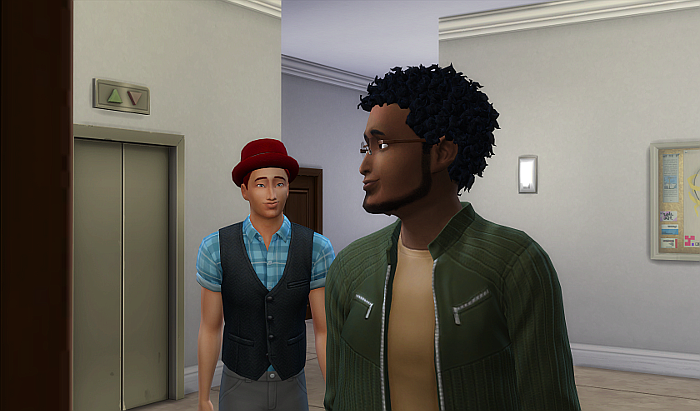 The place was…well it needs some TLC. The carpets…shudder, I try not to think about the carpet and what all might be stuck to them. Even with a good vacuuming they remained dingy and stained. The walls have cracks are banged up and the paint is peeling in places. That at least, we can fix with some putty and a fresh coat. But updates will have to wait. I admit I’m just trilled that the place has a complete bathroom and kitchen. Anything is better than an empty box like my last place.

It even has a balcony. Makes you feel small standing out there surrounded by high rises, the city all around you. You can hear the cars below, honking in annoyance when traffic moves too slow, and slow murmur of hundreds of thousands of voices all talking, living, breathing. The scent of spices is heavy in the air. I have a craving for curry. 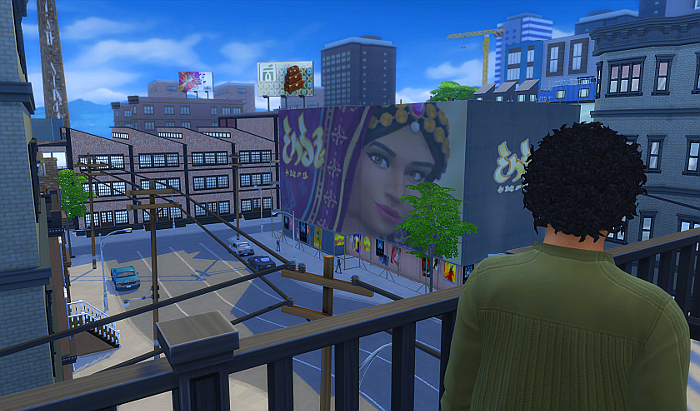 I left my job at Loren’s restaurant – with his blessing. He knows my dream is to own my own restaurant someday. At Loren’s, I did a little bit of everything by the end, food prep, line cook, serving. But his place is really small and he knew he didn’t have the resources or need to help me grow. So he hooked me up with a friend of his who runs a larger place down the way and was in need of a bartender. He said that would give me an opportunity to see how other places are run before I am ready to start out on my own.

Bar working means my schedule has shifted back to nights. Sadly, that means I don’t often get to see a lot of Rez except when we’re both off or he’s working from home. But at least I get to cook him dinner before I have to head off to work. Rez works at a local PR company on one of their top brands. Voidcritters. I remember them being around back when I was a kid, but it kind of fell off the radar over the past fifteen years. Rez is in charge of helping run their comeback. The company just put out a new battle station that lets the kids fight each other’s cards digitally. Rez is in charge of their simbook page and all the press releases and so far it seems to be a big hit. 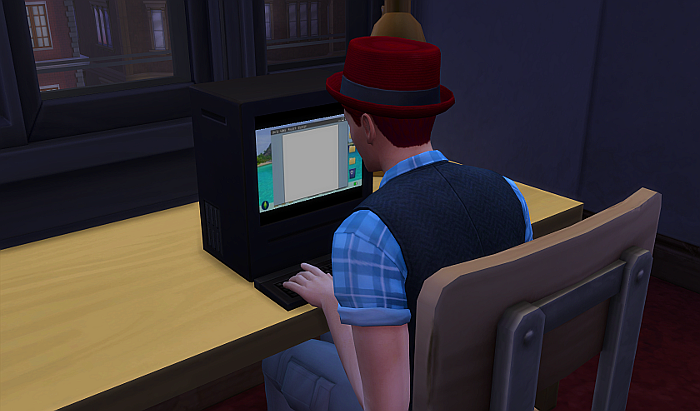 I still look around sometimes and wonder how I got so lucky with Rez. After our first meeting out in the square, I found I was seeing him every time I left my house. Like when you learn a new word and suddenly everyone is using the new word. Everywhere I looked there was Rez. The man had a serious addiction to coffee. 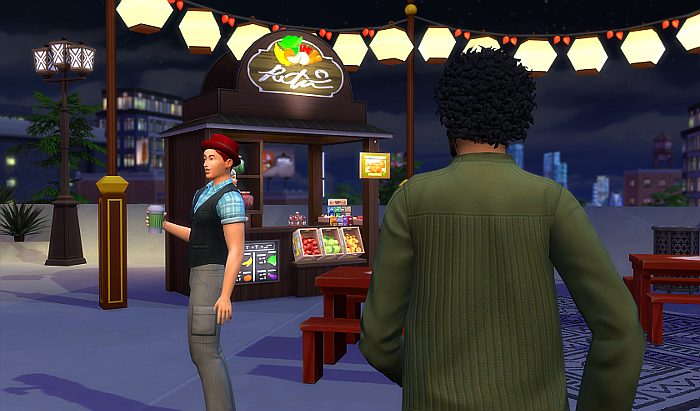 He lived in an apartment nearby and we fell to chatting every time we’d meet up. Rez had grown up in Willow Creek, but moved the city, like I had, after high school. Unlike me, he’d had a job offer before he’d arrived at a small advertising firm. I checked and sure enough his first apartment had been a proper apartment. I told him about my own experience and he’d been surprised I hadn’t sued. Offered me the number for his uncle.

To be honest, I was attracted to Rez the first time I saw him, coffee cup in hand, walking through the square. But I held back, kept things friendly. I wasn’t sure if he was interested in me. But, eventually, I knew I had to ask him out. I’m not sure I ever felt so nervous. Once a year, there’s a spring festival in San Myshuno and the whole neighborhood had been abuzz about what was planned for this year. I ended up asking Rez if he wanted to come with me. And not as just a friend.

I don’t think I’d ever been that nervous before, but I guess I shouldn’t have worried. The festival was really good, I hear. But I’ll admit I barely remember anything from it. I was floating on cloud nine the entire night and not from the “tea” they served. Although that was delicious too. 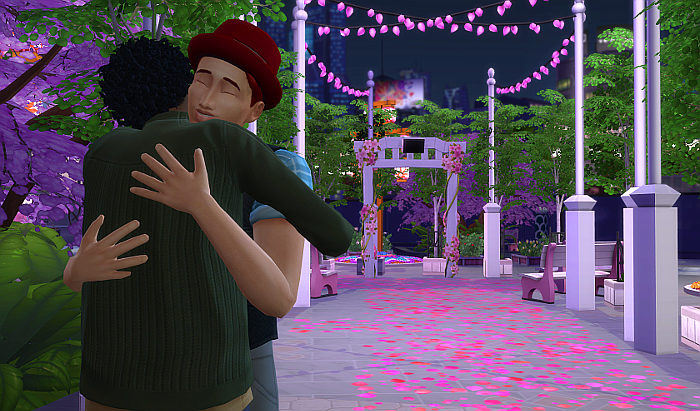 We didn’t stay till the end of the festival. Rez took up my offer to ditch early and come back to my place. 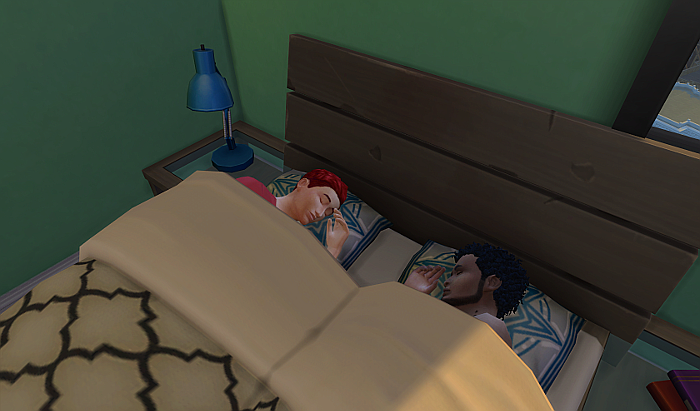 I woke up the next morning to the most delicious sight. The rest of course, was history and we both started looking around to see if there was a larger place we could rent together. Neither of our apartments were big enough to keep us from going stir crazy. This new place is two bedroom. A bedroom for us and then an office for Rez. I think I’ll spend most of my time on the balcony to be honest so I don’t need my own room. Plus we couldn’t have affording anything larger anyway.

Author’s Note: It’s really fun to have two sims to control again. Rez came with a level 8 PR job, but none of the skills required to advance, so it’ll be a while before he gets a raise as we scramble to get his charisma and online profile up to level 8 standards. Phoenix just started down the Mixology track.

We had enough money after we moved in to add in walls, a kitchen, bathroom, and then very very little furniture. Playing this in extreme mode meant we had to rebuilt the wall to the balcony and windows which cut into our meager savings. Perhaps it’s not as realistic that Rez is so poor with such an awesome cushy job – I’m going to say his surgery wasn’t covered. And that – I know – is an expensive procedure that isn’t always covered. So we’ll say he used it all up. On the plus side, making money should be a lot easier now that I have two, so hopefully we wont’ be here too long and can catch up. I do fear not finishing this in time – luckily the story is what matters and it’s not a failure if you don’t make it to the last switch in one generation.