Life In Between 2: Winter Blossoms

“Oh, Sorry!” Evelyn jumped as the unfamiliar voice echoed in the small room. Her mind had been miles away planning her dream garden and the sudden return to reality made her heart pound. She looked across the room. The man standing there was as unfamiliar as his voice. 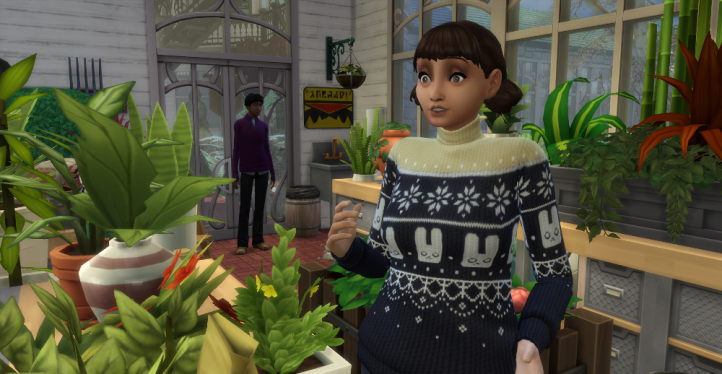 “This is a staff-only, isn’t it?” His smile was sheepish but infectious and she found herself smiling back. She opened her mouth, but no words came out. What was she going to say? Her hands were still buried in the dirt of the seedlings she was planting.

She took her hands out and wiped her hands on her pants. “Uh, yeah.” Oh – smart, Evelyn. Her internal voice mocked her. What an intelligent thing to say. Her brain seemed to have deserted her.

The man started to leave. No, wait! What? Why did she want him to stay?

“Oh a Fantasia,” he said glancing at the small sickly plant on the last counter in the room. “I have one of those.”

“It was planted too close to the radiator, I fear,” she said. “I’m hoping we don’t lose it.” There, finally, her brain was working again and with it her legs. She quickly picked her way across the crowded room.

“I have to admit, mine isn’t looking much better. I think the move traumatized it.”

“You moved here recently?” She stopped near him – the plant. Near the plant. She was just making sure he didn’t try to touch it as it was quite fragile. Right?

“Last week.” There was that smile again.

“In the middle of winter?”

“I know. And it’s not nearly as snowy back in Isla Paradiso right now.” “Lane.” They shook hands. It was so awkwardly formal although she saw she had dirt all over her hands. He didn’t seem to notice.  She walked him to the doors that lead back into the conservatory proper. The moist tropical air hit them as she pushed through. That was her favorite part about working here in the winter. That hint of summer that could warm down to the bones.

“What brought you here today?” She asked, still not willing to just abandon him. The conservatory was rarely crowded on weekdays unless it was a holiday. Today was just an ordinary Wednesday.

“I was told it was the best place to come in the winter, and I was a little homesick. Or at least tired of the cold.” 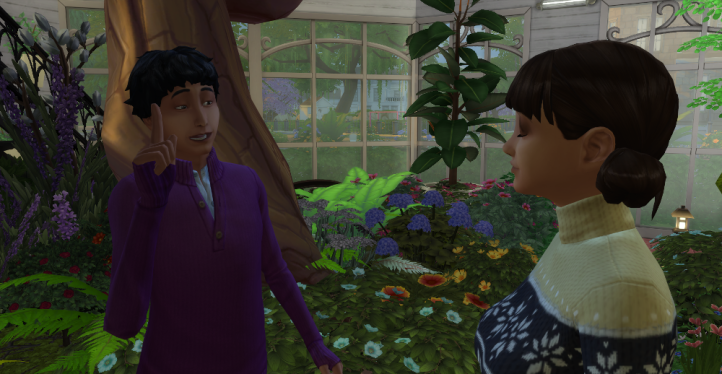 “Whatever possessed you to move here of all places?”

“My job. I’m contracted out for the new hotel they’re building downtown?”

Evelyn shook her head at his half-spoken question. She didn’t know of any new hotel. “I rarely go downtown.” They were walking slowly through the conservatory, her feet following the familiar paths. Just checking on the plants. She told herself. Right. Her inner voice was unusually sarcastic today.

“Well, I’m not sure exactly what they thought I could do in January. I’m a landscaper normally. But they’re planning this inner courtyard. I’ve not done a lot of interior work before.”

“Aha, the truth comes out. You’re here to steal my secrets.” Evelyn grinned.

“I am impressed,” he admitted. “You do all this yourself?” His gesture took in the whole of the room, trees and all.

“I’d love to say yes, but the conservatory has been here much longer than I. The trees, for example, were planted over fifty years ago. But I’m the main gardener and a lot of these smaller plants are annuals. I want to keep it fresh for any repeat visitors.”

“Either way it is impressive.”

“Have you seen the sunken garden yet?”

“What? No.” He looked around as if the garden would be just around a bush or tree.

“It’s just past the ‘desert’ area.” Evelyn grinned and turn right at the next corner. “It’s not part of the tropics out here.” 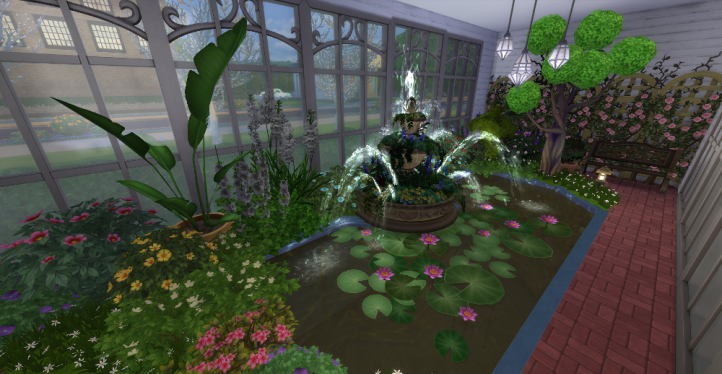 The cooler wet air hit them as she pushed past the doors leading to the North Wing. She stepped aside and watched Lane’s reaction to this other garden. She was prouder of their work with the water garden than the tropics. The tropics were interesting and it was fun working with such unusual plants like the Fantasia earlier. But this room was filled with local plants and felt a little more like home than the palms and ferns outside.

“Oh.” Evelyn grinned at his apparent speechlessness. “I thought the main room was impressive, but this has a completely different feel.” He bent down to examine some of the plants near the water. “Are these local?”

“Most of them, we only just opened this room last year. I wanted to celebrate our own species. It’s not as impressive in the summer since you can see flowers every day, but in the winter…” She shrugged. “It reminds me the dark and cold isn’t forever.” 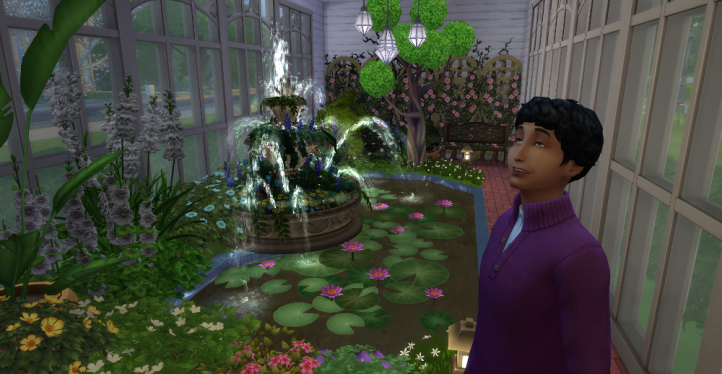 Lane stood up, still looking around. “I won’t copy your work of course, but I have a feeling this would be more appropriate for my current assignment than bringing in tropical plants.”

“You’d need a pretty specific environment for a lot of the tropical plants to thrive,’ Evelyn agreed. “These would be more forgiving in an indoor environment.”

Lane had pulled out a small pad of paper and was jotting down some notes. Eveyln recognized the expression. He was no longer in the room, but in the imagined space he was working on. Time to head back to work anyway. Lane looked up when she opened the doors.

“I get off at 3.” She agreed. The door shut behind her and she saw him bend his attention back to his notepad through the glass. She flushed. He just wants to pick your brain for work. Networking. She told inner voice sternly. It was laughing. It doesn’t mean anything. Her inner voice didn’t believe her.