This is not an exhaustive list of all the settings and sections of MCC. For that, go to Deaderpool’s website or even better, chat on his Discord channel. This is a list of some of the settings I have that you might be interested in either out of curiosity or trying to get your world to fill well. 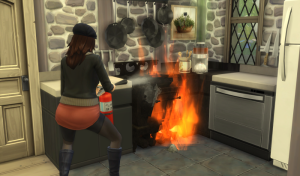 These are the settings I have that improve my life and make building and playing less fussy. 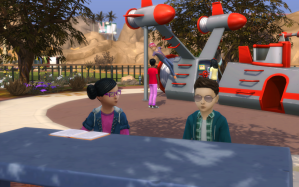 These are the settings I have to keep my world alive. I’ve played around with these settings a bit. I’m looking for a good combination fo not filling the world too fast or too oddly (like when every marriage was a YA with an Elder). It was a running a little slow (too few sims having kids); so I just upped the Pregnancy chance percentage to 50% from 20%. I haven’t played with it long enough to see if that evens it out. 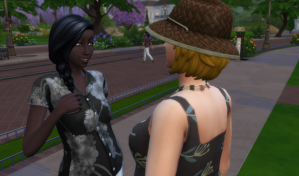 I don’t remember who said it, but somewhere it was mentioned that they allowed same-sex couples to have children because there are so many who wish they could and can’t due to either gender or other reasons. Since sims is a game, they thought it good to fulfill those dreams. This made way too much sense for me, which is why both in the world and in my families I allow same-sex pregnancies.

If you’re a strict purist rule-follower, then these are the settings that are probably disqualifying me from all the challenges I do. Oh well. 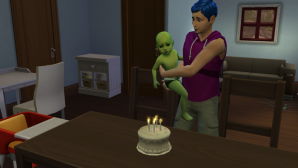 I made a custom age duration that matches the original Drifter childhood duration AND makes it so folks don’t have to have kids immediately upon young adulthood if they want to see their grandkids. The entirety of childhood is 29 days (same as the original pre-toddler span), young adult stayed at 24 days, and adult increased to 30 days.

April’s Plan: Catching up on gameplay