For Casey’s house, I was inspired by Blackgryffin’s Rice Paper Wall custom content. So I knew from the start CC was going to be an issue. This version is the nocc version so the items and cost are a little different from the challenge. But I tried to keep it comparable. Again the nocc houses are being built in Newcrest so the surroundings are ALL wrong – especially for this house. 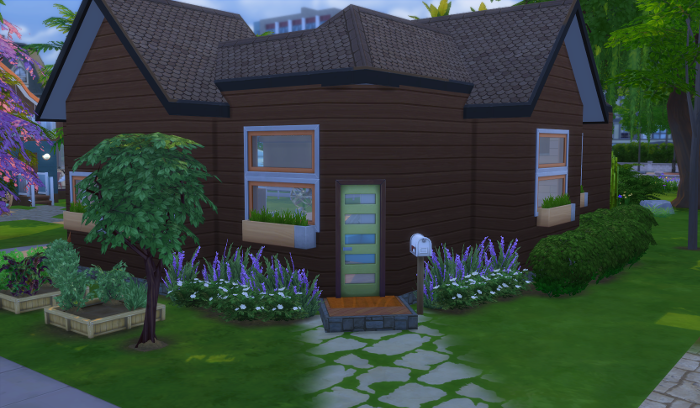 …but from the back – it’s completely open. It makes me giggle and think of secret boxes and hidden drawers.

The original inspiration for this means that the walkway around the garden should actually be sliding walls that you can open or shut. But for this build, we had to leave it open. Kinds of leaves the house looking half-finished, but we ran out of time and money in our challenge. And the walkways would have been very narrow for the sims.

Instead, I tried to give it a more open feel with the window doors. In a reversal of Shannon’s house that I only just now realized, the living room is “inside” here and the dining “outside” 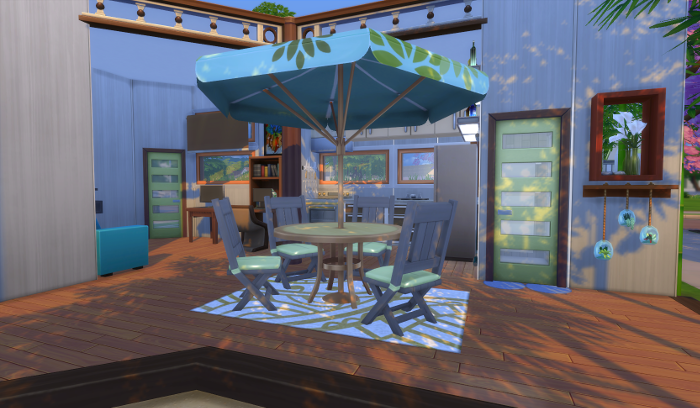 Instead of walking into the dining room you walk into the living.

Again the house has a tiny kitchen. But much nicer appliances. 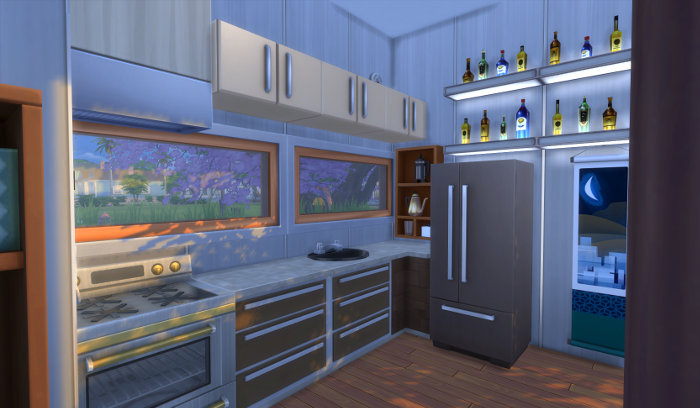 True to a Japanese style home, the bathroom is split between the toilet and bathing which are on opposite ends of the house. The shower is by the kitchen.

And the toilet is over at the far end past the bedrooms.

Our two bedroom are pretty identical. With the kid’s room being just a tidge smaller. 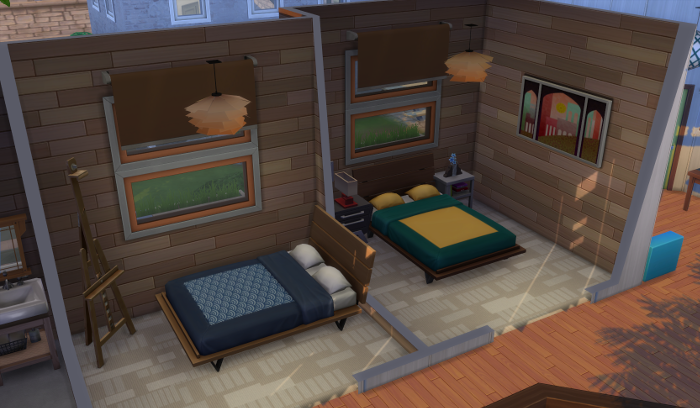 Lastly back out front is Casey’s Garden.

Overall I liked where I was going with this house, I think I’ll have to try again though with a larger lot and bigger budget. And all the Japanese CC I can find!

This is on the gallery under ra3rei.