Children From the Stars: Chapter 2

Blaze looked down at the letter in his hand. It didn’t read:

Congratulations, you’ve been accepted into our Builder Program. Your new lot is at 1432 Blah Blah Blah. Please arrive promptly by 8:00 am on Monday at your new lot.

Darn it. He’d thought he had a pretty good chance at getting into the program. Betcha Skye is accepted. Not that he felt any ill-will for his brother. Kind-of Brother? Brother by cohabitation? Skye was a Drifter and the Drifter family always got the best plots of land. Blaze was a Jang. A nobody. He read the letter again.

Congratulations, you’ve been accepted for Jury Duty. Your house number is 1708 Willow Creek, River Bend. Please arrive at the courthouse tomorrow morning at 8:00 am for further instructions.

For a government issue house, it wasn’t terrible. Sure it was minuscule compared to the mansion his mom and Aunt Aubrey had built back in Willow Creek. And the air was hot and dry and dusty. That would take some getting used to too. He’d expected Willow Creek, but after yesterday more had changed than just his future address.

Yesterday at this time he’d been arriving at the courthouse to learn his new duties. Today? Well today, he had a new house in Oasis Springs and a new job. And it wasn’t Jury Duty. 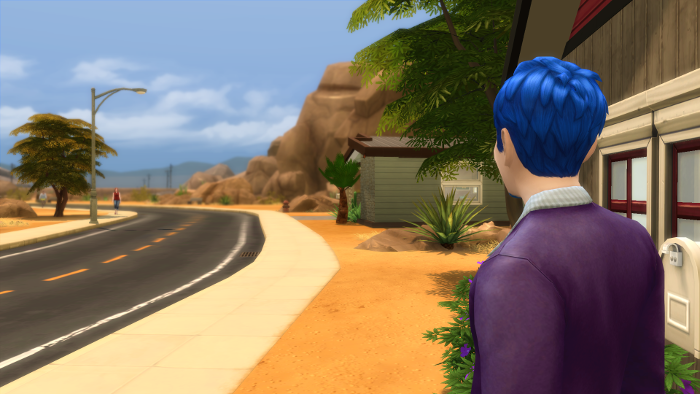 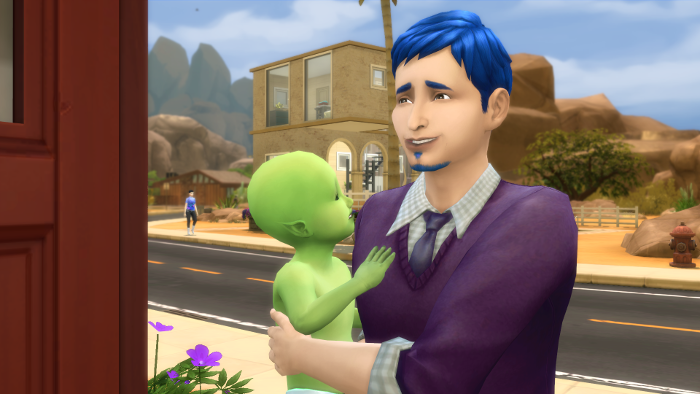 Blaze had read through the packet of paperwork that the agency had sent. A lot of it sat jumbled in his head, but a few things stood out. First of which was the boy did not have a name. 73.0N was how the paperwork referenced the child. But that was a number, not a name.

“Hello,” he said kneeling down to the small person standing in front of him. “I’m Blaze. Um…” those deep green eyes seemed to bore right through his soul. “I guess I’ll be taking care of you now. This is um, well our home.” He should have practiced what he was going to say. “Do you want to go inside?”

The boy didn’t say anything, but then he also didn’t scream when Blaze picked him up. The child’s smooth green skin was cool to the touch and not as alien as he thought it might. The boy smelled faintly of mint.

“So this is our house,” he said setting him down in the living room. He looked around.

Plain and uninteresting, but what could you expect out of a prefab? Then again if the child had been living in a medical facility as the man yesterday had hinted, this was probably better. It wasn’t white and sterile and filled with strange noises and doctors. It wasn’t homey yet, but they could fix that. His stomach grumbled reminding him that he had gotten up too early to get here in time.

“Did they feed you before they dropped you off? I haven’t had breakfast yet, maybe you’d like some too?”

“Giiiiisa!!” Blaze jumped as the child babbled in delight. His voice was high and oddly reverberated in the room. He smiled. If the boy was speaking he must be getting over his shyness. That was good.

“Looks like you’re happy,” He pulled some eggs out of the fridge as the child hit the sippy cup over and over on the plastic highchair. Blaze winced. Ah yes, the joys of toddlers. Then again, they were easily entertained at this age. His brothers were in that teenage phase where they were too cool to be seen having fun.

The child drank from his sippy cup (in between his impromptu percussion) while Blaze ate his rather sadly cooked eggs. “You want some?” He placed a small bit on the tray in front of the boy wondering if he’d ever seen eggs before.

The boy peered at the grayish yellow pile and wrinkled his nose. “Yojisaaaa.” The eggs went flying as they were heartily rejected.

“Guess not,” he laughed. “Probably for the best, bud. I’m definitely not on par with my mom yet. Hopefully, we won’t starve to death before I learn how to cook.” He stared down at the unappetising food. “Yeah, I think I’m done too.”

There was a soft knocking at the front door as Blaze put his plate into the sink to wash. Who could that be? He didn’t think anyone knew where he lived now. If anything, they would expect him in Willow Creek, not here.

“Mom!” Blaze opened the door wide. “What are you doing here?”

His mom smiled. “Just came to check on you now that you’re all on your own. Aubrey said I should wait till you get settled. But it’s not like you’re stuck on an empty lot without a bathroom or shower.” She shuddered, but remained smiling. Blaze was certain there was a story there. “Anyway, I figured you’d be decent.”

Blaze stepped away and his mother followed him into the house a smile on her face. “Oh this looks like the place I grew up in,” her tone was a bit wistful. Blaze had known his mom grew up in government housing but he couldn’t image her on a lot smaller than her garden. “Oh, a two bedroom! Isn’t that a bit big for —-” she stopped. “— and who is this lovely child?” Author’s Note: Funny story, I got my mail after work today and what did I see there but a summons for Jury Duty. Lol! How timely, albeit I doubt they’ll ask me to care for an adorable toddler instead. Shame, really. And just so you know Blaze lives in a similar world as Penelope so there will be simselves and character sightings. Not so many at first as the two don’t leave the house much while we’re in toddler mode.

Special thanks to CathyTea and Xantheamar for all their hard work on the alien language. You can learn a LOT more from their stories.