Amelia couldn’t help but think about the book. In it were diagrams on every aspect of the Tighar. And there were other books. Books on piloting, navigation, shipping lines. But going down that path meant giving up here. She stared at the planet slowly turning below. 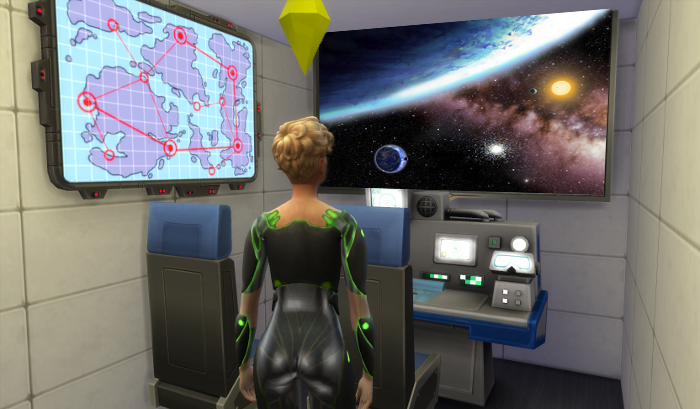 She’d not heard from them in…years? The last time…

Amelia waited at the satellite radio. She kicked her feet against the chair. Thud, thud. Each thud was another second. It was the designated time for her parents to call, but – she glanced over at the clock behind her, they were already ten minutes late. Maybe they were too busy, she thought. It was probably harder to tell time when you were on a planet. They didn’t have clocks everywhere. Although if they were really busy they would have sent Electra or Mr. Winters to check in with her. They’d done that before.

She almost jumped when the beep finally came alerting her to an incoming call. She pressed the accept button. Quickly.

“This is Amelia Echo of the transport ship Tighar.” She enunciated carefully as her father had told her do. Just in case it wasn’t from the planet.

“Amelia, honey, sorry I’m late.” Her mother’s voice was tinny over the speakers, she sounded breathless. “How are you doing?” She kicked her feet once against the chair. Thud, thud. “I’m fine.” That was what her mother wanted to hear. Not that she was lonely. “All the lights up here are still green.” Which meant, according to her father that the Tighar was fine as well. And Electra promised her nothing would go wrong for years. Not that they would be gone for years, Electra hastened to assured her. But no need to worry about things breaking. “That’s good.” There was a slight pause. Amelia frowned and looked closer at the image, her mother looked…sick. She looked tired, like she hadn’t been sleeping. But more worrying, it looked like her mother had the same rash Amelia had seen on Electra. “And you’re eating all right? Your father wants to know,” her mother continued. “Yes.” She was getting tired of yogurt, but she wasn’t sure what the other buttons did. She had planned on asking her father today. Where was he? Thud. Her feet stilled. Amelia was certain that if her father could have been there he would have. “Um, I made soup today.”

“Really? I tell him.” Her mom smiled softly.

There was a long awkward pause. Amelia knew that there were a hundred things she wanted to ask her mom, but suddenly she was too afraid to ask. She was afraid of the answers. Where was her father? Where was Electra? Was Al better yet? Why did it look like her mom was sick.”

“You know we love you very much, right?” Her mom broke the silence and broke the chain of questions bubbling in Amelia’s head. That wasn’t what she wanted to hear.

“When are you coming back?” The question broke through before she could stop it. Her mother’s face fell slightly. Lost it’s smile. “Oh, honey. We’re not sure. If we came back now, we’d make you sick and we don’t want to do that.” Amelia didn’t care if she got sick. If that meant she could be with everyone again. And there was no way her mom wasn’t working hard to find a cure. She would find one for sure. “But you’re getting better, right?” She asked.

Maybe there was a delay on the call, Electra had taught her and Al about communication delays. That was when the signal had to bounce from place to place before it got where it was going. Maybe that was why her mom took so long answering.

“We’ve sent a signal out to the alliance government. They’re coming to help. Wait till they come, okay honey?” “Okay.” Amelia said after creating her own communication delay. It wasn’t okay. But her mom looked so tired.

“We love you, Amelia.” Her mom said again. “Love you too.” Amelia replied this time, it was what her mother was waiting for. Her mom ended the connection.

Amelia sat in the chair staring at the now empty video screen. Wait till they come. Her mom’s words echoed in her brain. Her mom didn’t think she was coming back. No. No. No! It was supposed to be okay. Her mom could make anyone better. She was a doctor. It was just taking more time than normal. No! “No!” She shouted. Her voice echoed in the tiny room, bouncing against the paneling. “NO!” she sobbed, running upstairs, away from that room.

She threw her self on her bed, crying until she gave herself the hiccups. Her father didn’t come in to see what was wrong. No one did. No one was on the ship but her.

They hadn’t called back. She’d waited every day for a month, but they hadn’t sent another message. And no one had ever shown up. Amelia knew, deep down inside, no one was going to show up. She didn’t know what had happened, but she knew she was all alone and no one knew she was here.

She looked down at the panel. She had no idea what all the buttons meant. That one was pulsing, was it supposed to do that? What about the amber one over there? It was supposed to be green, right? What was the Tighar trying to tell her? Eventually she realized there wasn’t anything more to learn. She’d taken the all the quizzes in the tutor module for mechanics, piloting, and navigation and passed them all. She knew what needed to be done, but she still wasn’t ready. But she knew how this would end if she did nothing.

Amelia stared at the control room. Would it be today? Everyday for the past week she’d sat down here. She sat down in the chair staring at the panel before her. The buttons no longer looked frightening. She knew what every one of them did. The amber light winked at her. She reached out and flipped the switch, the amber light winked out. 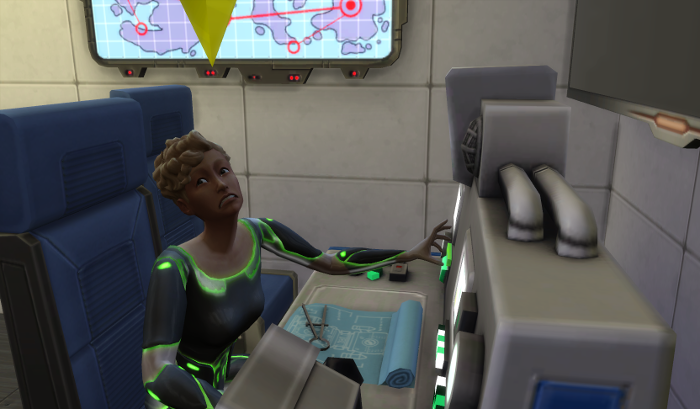 Amelia took a deep breath. “Okay Tighar, let’s get out of here,” she whispered. She initiated the ships engines and eased the ship out of orbit. Her hands trembled. “It’ll be okay,” she tried to convince herself. “You’ve check the fuel, plotted the course, you can do this.” She refused to look at the planet, that blue planet she’d been in awe of but now only brought tears, as it slipped out of sight. 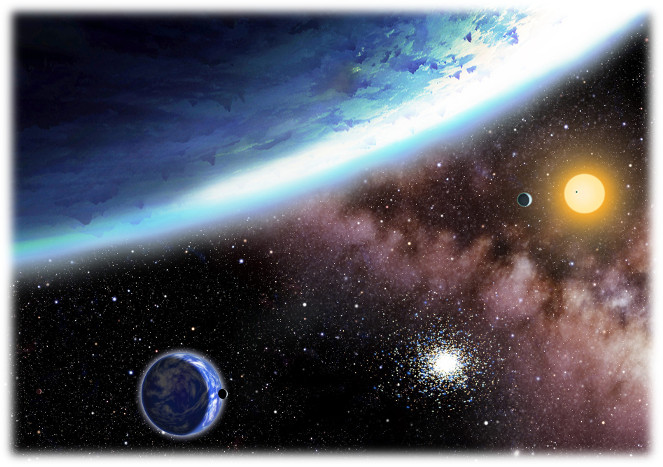 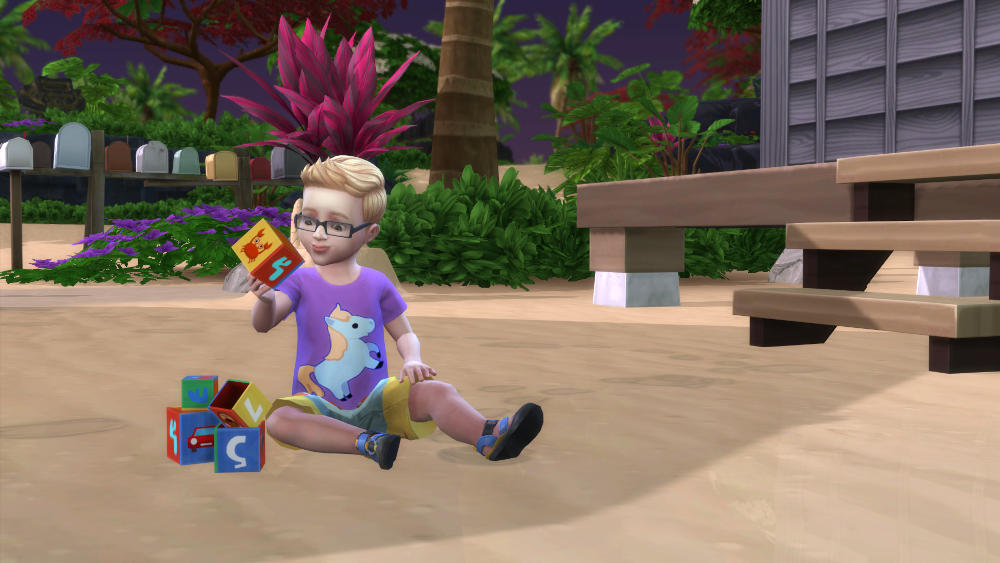