She tried to put it off.

She tried to ignore the voice of worry. Nagging in the back of her mind. What if…? She distracted herself.

She particularly enjoyed the story about the boy who fell in love with a ghost. Even though she knew the ending, it was so well written, she cried each time and wondered anew, would their romance work out? She spent time learning new meals. 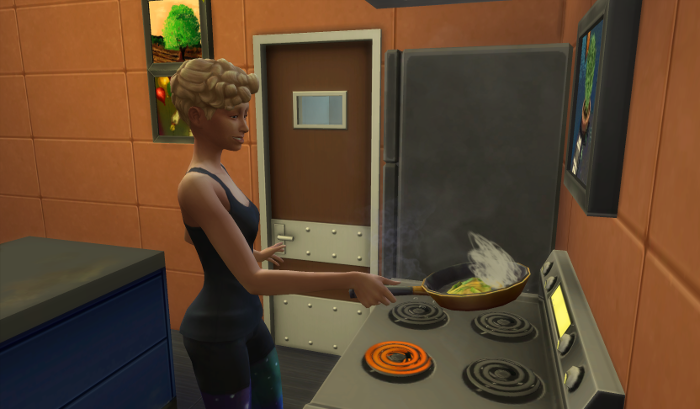 The kitchen used to be a frightening place, but now Amelia navigated it with confidence. Vegetable tempura was easy as pie…well, not pie. Baking wasn’t her forte, but she no longer thought she’d be setting the ship on fire every time she turned the stove on.

But while painting her mind wandered again. What if…? What if something was really wrong?

What if the ship was broken? What if she was going to crash? Finally she knew she couldn’t put it off any longer. She started by checking on the plants. If the environmental system was broken, they would be the first to know.

They weren’t dead, yet. But it was a close thing. She realized she couldn’t put it off any longer. She was going to have to see what the problem was and see if she could fix it. She suited up and headed downstairs to the cockpit. 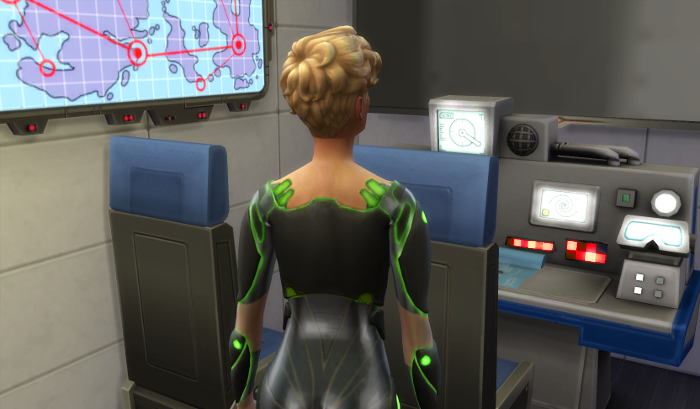 Multiple red lights stared back at her accusingly. It was broken. Amelia almost lost it then. She didn’t even know where to begin or what was wrong or how to fix it. There was book sitting the console next to the terribly red red lights. It as a ship’s manual. She didn’t remember it being there before. Perhaps Mr. Winter had left it there before he’d left for the surface. She picked up the book. While Amelia didn’t understand everything the book, it was a start. And a good one. She suspected it was Electra’s book because her handwritten notes were all along the margins clarifying what the paragraphs actually meant and drawing pictures showing out how it applied to the Tighar in particular. Amelia could at least figure out which lights were warning about the life support. And from there she could figure out what was wrong and hopefully fix it. With the help of Electra’s notes, Amelia found the controlling circuits. A little dusting and minor repair and it was as good as new. She returned to the cockpit and replaced the circuit. She held her breath as the computer rebooted.

All green. Amelia breathed a sigh of relief. A new though entered her mine. She thought about ignoring it as she had the last voice. But still she wondered. What else could Electra’s book teach her?