I could pretend to say leaving is bittersweet. I mean it was the first apartment Rez and I had together. It’s where he proposed to me and we put almost as much work into this place as I had into the my first apartment. But other news has pushed any chance of melancholy away. We’re expecting.

Last week we learned it’s a little baby girl and have been tossing names back and forth. It’s pretty terrifying if you stop to think of us being in charge of anyone, much less a helpless infant. And staying in a cockroach infested apartment seems like a poor decision with babies crawling around and putting everything into their mouths.

We’re both working hard to prepare for the little one and our schedules are worse off than ever. Rez works regular business hours and I work until almost dawn. He works weekdays and I weekends. I’m trying to remember the last time we got to see each other in more than passing.

We’re back in the Arts district where I started this adventure. In a lovely little three bedroom this time. So enough room for a growing child. And for once I didn’t have to refurbish the entire apartment or repaint the walls. Which is good because these days neither of us have the energy. 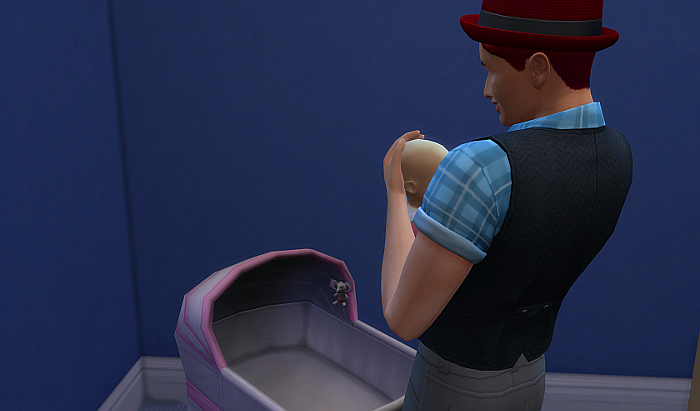 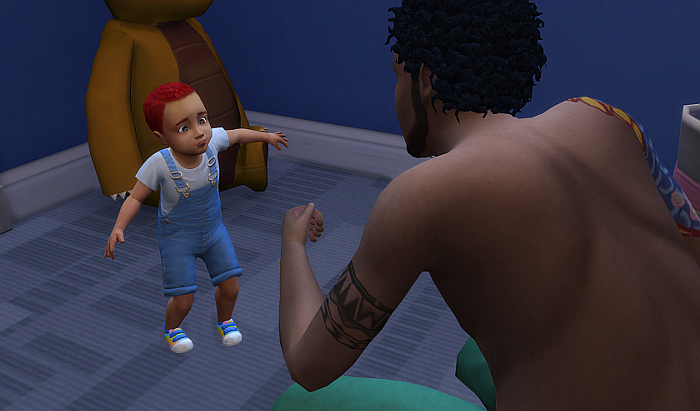 Feng has grown up so quickly. One moment she was babbling in her little crib and the next minute we’re shopping for her first bed and bringing her in for her first haircut. She’s a cute little thing and hardly cried as they were trimming her bangs. I think perhaps we spoil her too much.

Now that we’re both back at work, we’re back with our backwards schedules, but this time it doesn’t seem too bad. It means one of us is always around for our little firebird Feng. 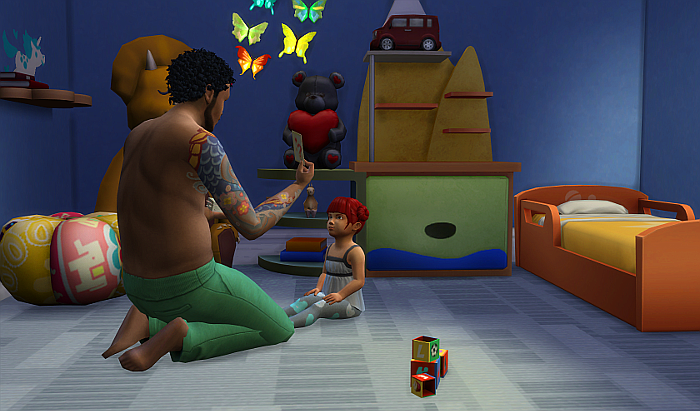 During the daytime she and I get to play together. Watching her favorite shows over breakfast, playing with her blocks and spending time playing dinosaurs before it’s time for her afternoon nap. Then it’s shift change as Rez comes home and I head off for work. Rez has started learning how to cook, although he sticks to simple meals like mac and cheese and grilled cheese sandwiches. They have dinner together and then it’s story time and time for bed. 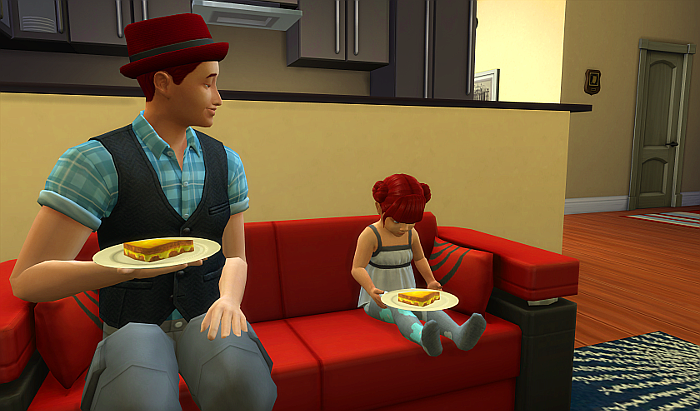 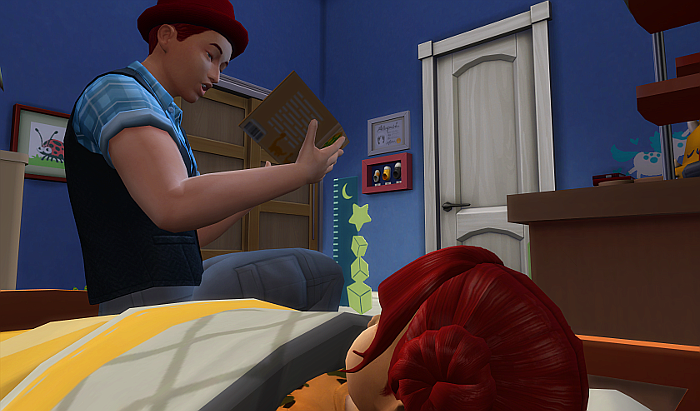 I fear it won’t be long now before she’s all grown up. My thirtieth  birthday has already come and gone and I have no idea where my years are going. How much faster will she be growing up? 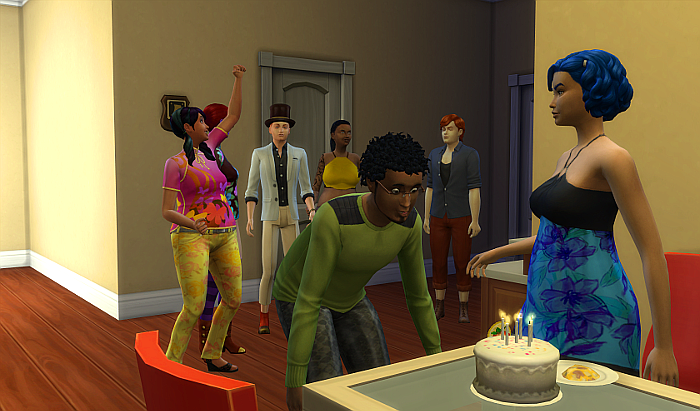 Author’s Note: Woot, I just finished the first set of apartment challenges. It’s so adorable to see Feng as a little toddler again. She’s so cute right? We didn’t live here very long, almost as soon as as Feng aged to childhood we moved on to the final apartment. I’ve planned two more chapters from Phoenix. Then we might move onto screenshots again while I get through the move and this summer or I might need to move onto Murkland and give my Drifters a small break. Either way, I’d rather have something to share this summer than nothing.

Story writing for Huffmans and Ghost will resume. This fall at the latest and with a healthy buffer so this doesn’t happen again right away.